After long consideration between Zim(babwe) or Zam(bia) we finally took the ferry to Zambia. While waiting in line we met up with a Swiss and a Spanish guy who were on their way to Dar Es Salaam, Tanzania. Together we did the whole process of obtaining our visa, paying things like council levy, carbon emission tax, road tax and get the 3rd party car insurance. Some things we had to pay in US dollars and some things could only be paid in Zambian Kwacha. Since we didn’t have any Kwacha’s we had to do a dodgy exchange with one of the touts, but all went good (and business was slow, so the exchange rate wasn’t too bad after all). Funny enough the security at the border warned us about these guys and their scams. So we ended up changing at the customs office instead on the streets. The whole border crossing took us 3 hours, not that bad for African standards we believe.

We drove to Livingstone and enjoyed our first Mosi (local beer) at Jollyboys Backpackers. The following day we went to visit the famous Victoria Falls. It was the right season for visiting the falls they say and it was absolutely amazing! There was so much water falling down that it was impossible to stay dry. We got soaking wet! It was just like somebody was throwing buckets of water. Because of this we couldn’t really take any pictures, unfortunately.

At the falls we met our first Dutch fellow travelers. They were heading to Cape Town and will ship their Landrover back to The Netherlands. The whole journey was planned for 3 months.

When we stayed at Mahemba Campsite we could see the 2-persons, ‘Microflight’ coming over regularly. We decided to go on one of these 15 min. scenic flights over the falls and it was fantastic. From above we didn’t only have the best view of the Vic Falls, but we also saw elephants and hippo’s and the amazing landscape of Zambia and Zimbabwe.

In Lusaka, the (cosmopolitan) capital of Zambia, we arranged our Comesa (3rd party car insurance for several African countries) and then drove to Lake Kariba. The road had a lot of potholes and we saw quite a few trucks which were flipped over, which was quite scary in a way. Those trucks and buses are driving like crazy!

We decided to skip South Luangwa because it wasn’t really the right season to visit it. And so, after spending a week in Zambia, we crossed the border into Malawi. Till so far it was the easiest border crossing, since it only took a few minutes (so far for our 3-hours theory!). 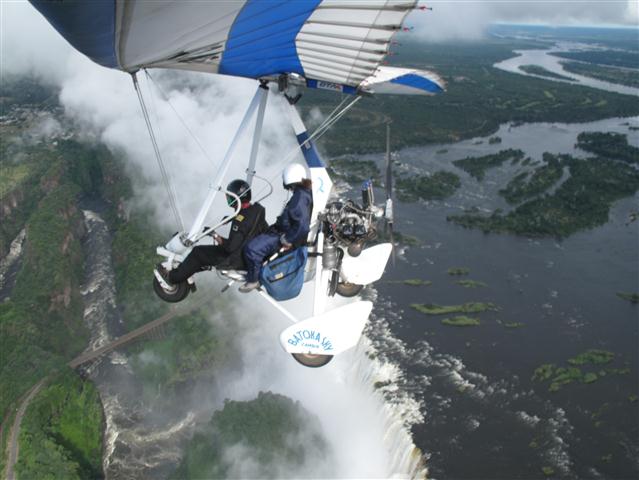 Malawi is well known for its largest lake of Africa, Lake Malawi and Malawians have a reputation as being among the friendliest people in Africa even though it’s one of the world’s poorest countries. Majority of Malawians waved at us when passing by. The small kids, with their beautiful big brown eyes,  are so cute you just want to bring them home with you.

At Mabuya campsite we met Vincent and Karin, a Dutch couple travelling with their yellow Landcruiser. Unfortunately they were heading South (and back to NL via the West coast). It’s always nice to meet fellow overlanders and share stories, information, exchange books, maps, sim cards etc. 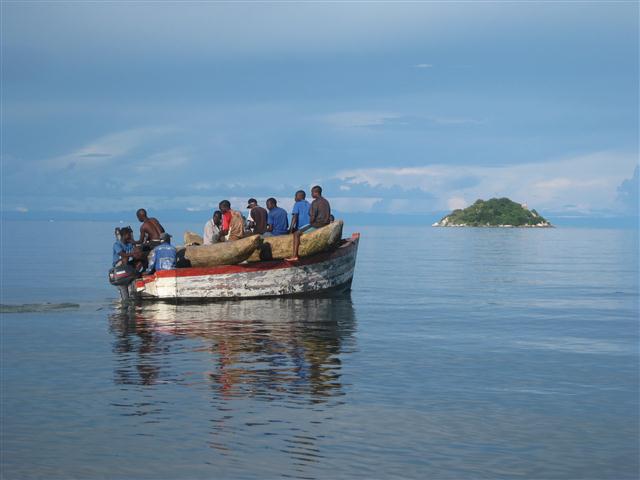 From Lilongwe we went to Lake Malawi where we stayed at Cool Runnings in Senga Bay, a very relaxed place on the beach. This is where we tried ‘Chambo’ (local fish from the lake) for the first time and was delicious. After doing some research about the roads to Tanzania via Northern Mozambique, we decided to leave Mozambique for another time and cross the border into Tanzania at North Malawi. We probably would have faced some problems with crossing some rivers on the route we were planning to drive and it didn’t feel good to take the risk.

So our next stop was at Nkhata Bay, where we stayed for a few days and did some snorkeling. We were surprised to see some tropical fish. Also we tried the paddle a ‘dug out canoe’, but apparently it looks easier than it is since we flipped over all the time.

On our way north we visited Livingstonia, which is situated at around 2000 meter.  A winding, steep gravel road took us there. Not a road to attempt after heavy rains!

Crossing the border into Tanzania we saw an organized group of overland cyclers (Cairo to Cape Town) who were heading South.  We also met three German guys who were driving to Namibia in an old Discovery. After exchanging some info we drove into Tanzania.

Our next blogpost will be about our adventures in Tanzania, heading towards Rwanda.

“. . .travel is more than the seeing of sights; it is a change that goes on, deep and permanent, in the ideas of living.” — Miriam Beard