We have been travelling for the past 16 months and clocked 40.000 km’s in our Landy. Great fun, but we need to settle down for 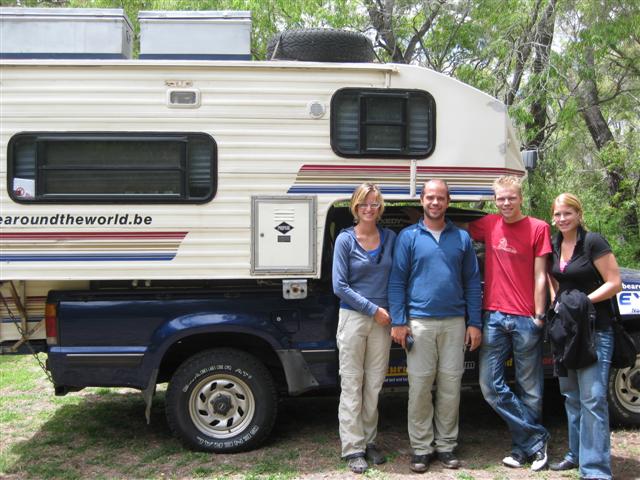 After the weekend we continued our trip and end up at Dunsborough, a lovely place. Here we went ‘whale watching’ and met Juliete and Jeff – Be Around the World – who are traveling overland from Belgium. That night we camped together and had a nice evening sharing travel stories.

The next morning we noticed brake fluid leaking, so we decided to head back to Bunbury to get it fixed.

It turns out that we need a special caliper channel seal, which is normally only used in army vehicles. Untill now we weren’t able to track the seal down… If we can’t find it we have to work around it by trying to fit an imitation seal.

Peter Williams, a Landrover club member owning Opposite Lock, was so friendly to invite us to stay at his place, so we are waiting here until we can move on. We left Dunja in Dunsborough, so hopefully we can pick her up anytime soon! 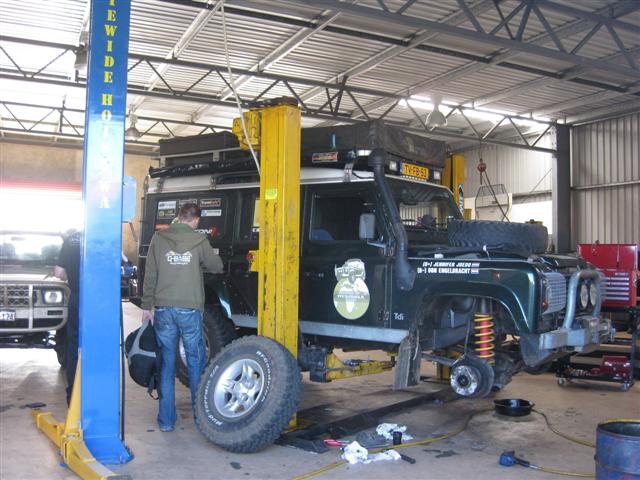 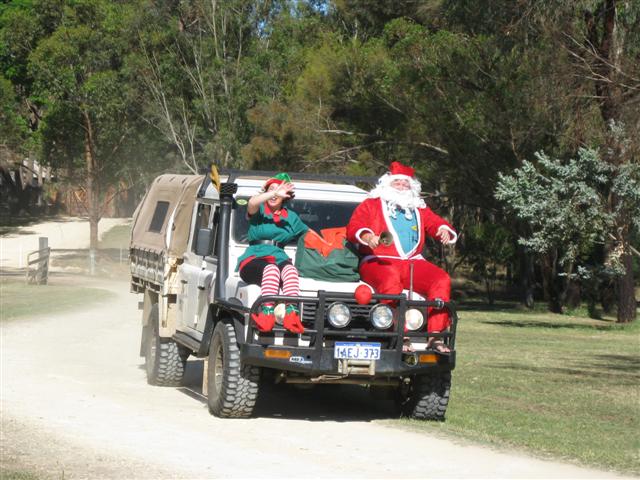 After sorting everything out for the car (vehicle inspection, mounting the awning and checking the brakes) we where ready to join the members at the Pinjarra park country camping in Pinjarra. We travelled down on a Friday and so did most of the members. After setting up camp (it was the first time ever to camp the three of us, with Don’s sister Dunja) we good start cooking and enjoy the company. On the Saturday we played some games (ending in a huge water fight, GO Brad) and had a nice meal all together. Even Santa came to bring us a visit, driven in om the bonnet of a 130! On the Sunday we had a great drive around the area and a rewarding swim in one of the nearby lakes.

Back at the campsite to pack up the car, we weren’t able to start. Together with William we found out there was a blockage in the diesel supply. After cleaning out the main hose we were able to continue our journey. That night we camped together with Jenni who joined us at a very loud campsite. The train came by every hour blowing its horn just 200 meter away. Good tip Will ;-) 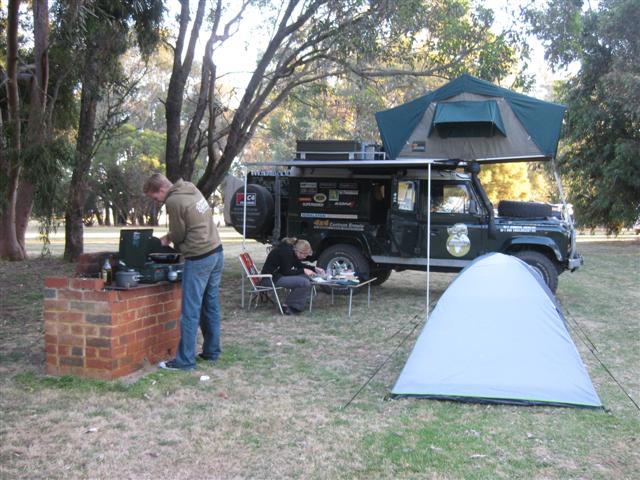 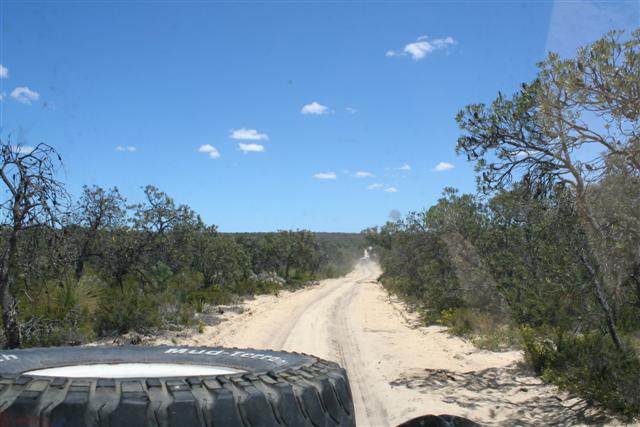 After collecting our car the Saturday before, we were able to join the visitor day run drive, organised by Landroverclub WA on Sunday 22nd of November. Meeting point was Tenth Light Horse trail in Wanneroo where we met up with a group of 30 vehicles, most of them Landrovers. After 45 minutes on the bitumen it was time to lower tire pressure and hit the sand. We had a great drive on sandy trails and a hilly landscape and it was a real pleasure meeting and having a chat with the clubmembers. Before we knew it was time to head back to Perth, but with an invitation for the Christmas party the following weekend we had something to look forward to. 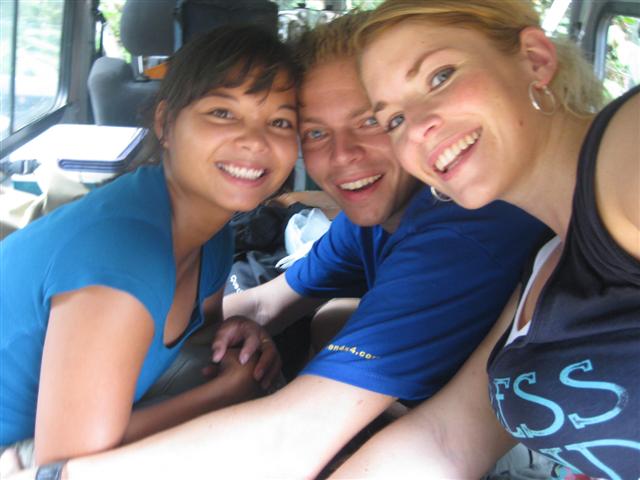 After saying goodbye to our Landrover in Port Klang we went camping with Landroverclub Malaysia. Because our car was already in the container we could drive along with one of the founding members, Vicky. We were told that the route was ‘softcore’, but it seemed ‘hardcore’ if you ask us. Maybe because we were seated at the back (without any seats) and got all shaken up. But it was definitely worth it! A great campsite, good company and playing around in the mud. 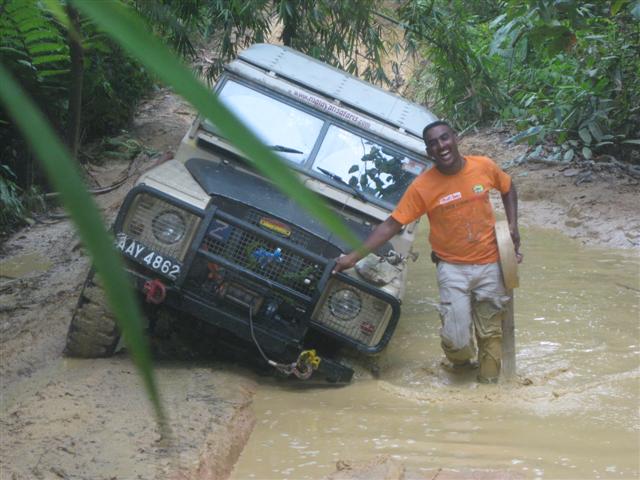 After the weekend we took the bus to Singapore and stayed there for a few days visiting friends. It was great to meet up with our new Dutch friends and to see Monica with a big (pregnant) belly. Then on Saturday 7th we flew to Perth! Luckely we got through customs quite fast. We got picked up by Yasinta and Santo, relatives of Jenn. We could stay at her place till the car would arrive. But unfortunately it all took much longer then expected…

The first few days we were busy with finding a good shipping agent. Out of several quotes we choose Aust-Asia to handle things on our behalf. On the 12th the vessel with our LaRo arrived, but they needed 2 days to unload the vessel. Fremantle port is closed in the weekend, which meant that our car would be released on Monday after the weekend. But on Monday we heard there were some difficulties with the Bill of Lading (= shipping document).

Our agent in Malaysia made one Bill of Lading (B/L) containing our car and all personal affects. But customs wanted to have a separate B/L for our personal affects. So till that was arranged we couldn’t collect our car. On Tuesday we heard that they worked around it (all of a sudden one B/L was enough) but we still couldn’t collect our car. The Landrover still needed to be inspected by the Quarantaine department (AQIS). When we dropped by to collect the Landy we found out that  they got every single item out of the car (without even asking)! It was quite a shock to see all our belongings spread all over the floor, but what can you do. The car and some other items had to be cleaned again, obviously our effort in cleaning and the fumigation in Malaysia wasn’t good enough. And since the officer who’s doing the inspections works only 2 hours at the depot a day, we eventually could collect our car on Saturday. We got it back dirtier than we left it in the container, pretty strange if you ask us. 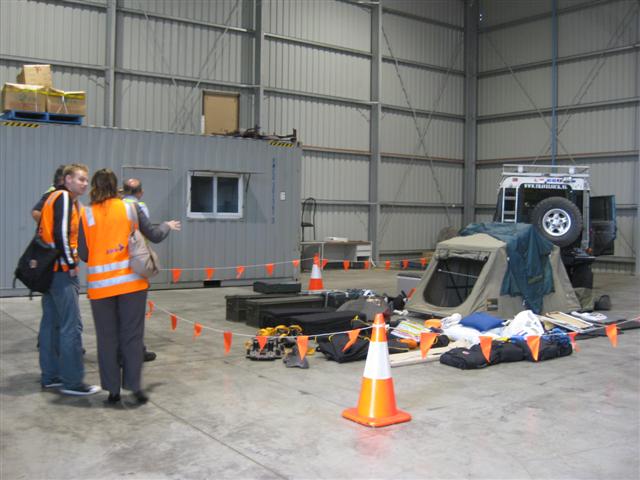 And if you think this is it, you’re wrong. Even under Carnet de Passage you need to register your car. So we drove up to one of the inspection centres in Welshpool and waited for about 2 hours to get our car inspected and registered. We needed to replace the headlightsunits because ours were dipping to the right. And it should be the other way around. It set us back another 120 AUD. Luckely the guys from Rover-Tech  were so kind to get the unit for wholesale and allowing us to use their workshop for fitting the units. Once your car passes the inspection you can get a third party liability insurance. Together with a third pary liability property insurance you’re street legal. 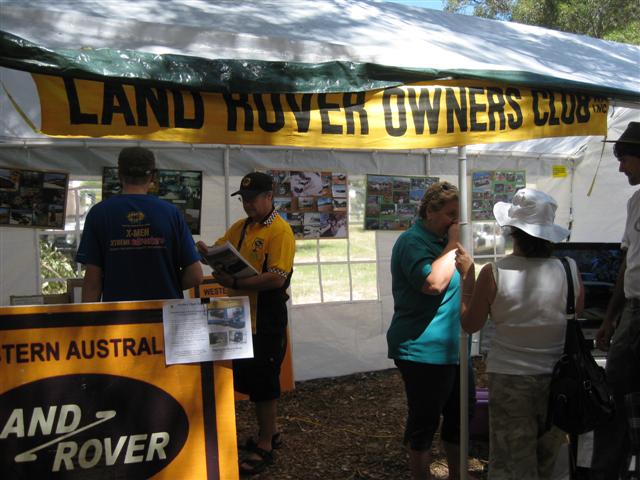 While waiting in Perth there happen to be a 4×4 show on the weekend of 14-15 November. An excellent opportunity for us to check out all the nice 4×4 goodies and getting to know the people behind Landrover club WA.

First stop therefore was the clubmember tent where we met Bradley Tottman and his wife Linda. They gave us heaps of worthful information about driving our Landy around and told us about the Day trip to Moore River.

That day we walked around and where amazed by all the amazing 4×4 products and the wide range of outback caravans and trailers. Something we hardly have heard about back in Europe. We found ourselves some bargains (a small tent and a steering cover) and even ordered a Black Widow awning to collect later that week. 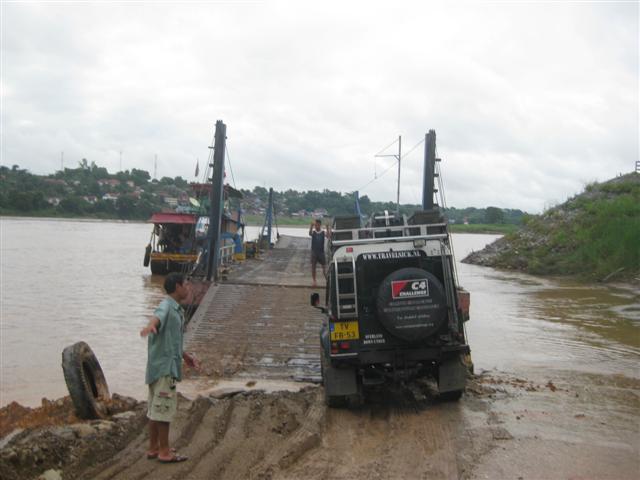 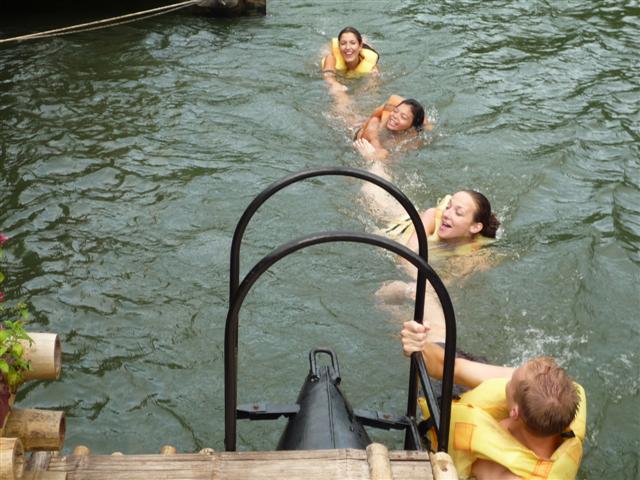 “. . .travel is more than the seeing of sights; it is a change that goes on, deep and permanent, in the ideas of living.” — Miriam Beard