The border crossing with Sudan took a bit longer than our other crossings in Africa. The Ethiopian officers were on their lunch break and could have been disturbed for some baksheesh, but because we didn’t want to encourage that we decided to wait. The officer who “helped us” was clearly looking for some kind of bribe, but after looking closely into our travel gear he let us go. On the Sudanese side things weren’t much faster. First we had to wait until the top officer was ready drawing lines in the big book and from there we had to go through all kind of formalities before we could head off.

It was very hot, since we went from 2000 meters in Ethiopia to 300 meters in Sudan. The scenery changed from beautiful green mountains to sandy nothing. We made it to Gedaref where we fueled up (it’s getting cheaper again!) and got some airtime for our Sudanese sim card. We bush camped just outside of Gedaref and noticed that people leave you alone, way different from Ethiopia.

The next day we drove to the Blue Nile Sailing Club in Khartoum. We met Omer who we contacted through CS earlier and he invited us that same night for a Sudanese wedding. The air-conditioned  party premises were a treat, but a few hours later we were back in our rooftop tent, sweating like crazy. When we finally managed to get some sleep we got woken up by the Mosque…We haven’t missed that for sure!

The next morning we went down to the ‘Department for Alien registration’. For some reason the Sudanese government likes to take more money of tourists and therefore one should register within 3 days of arrival (having applied for a visa earlier doesn’t make any difference).  50 Euros and a few hours later we went to see Mr. Fix-it Abdul, who would be arranging our Saudi visa and the ferry tickets to Saudi-Arabia.

Before we could apply for the visa Abdul recommended us to get our Jordanian visa first, so we went straight to the Jordan embassy with one of Abdul’s workers. We could pick-up the visa a couple of hours later so we waited at Mr. Fix-it office and had some tea. It turned out that a lot more cups of tea (read waiting) followed after that day.

On the afternoon we contacted Hans, a contact we got from Marly and Dave. Hans is running the Holland House in Khartoum, a place for Dutch UN-members to acclimatize before going on a mission or to relax while on leave. Hans kindly offered us a bed for the night. It was great talking to the guys about the role from the UN and it was interesting to get to know more about the mission in Sudan. The following days we had to wait for our visas. We did some sightseeing, went out for tea and dinners and met up again with Omer.

Before we left Khartoum we went to buy some appropriate clothing for Jenn, so we could cross Saudi without any problems. We found a cheap black dress resembled an ‘Abaya’ and off we went.
Via the Meroe pyramids we travelled to Port Sudan. It was even more humid here, but Hassan (a friend from a friend, who we met along the way) kindly offered us to stay in an apartment which was currently not occupied. Lucky us, room with air-conditioning and all comforts of a real apartment including washing machine! 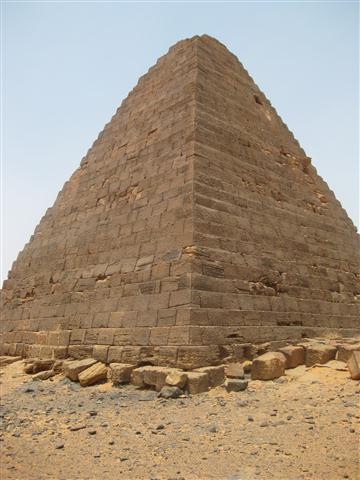 We spend two days in Port Sudan, waiting for the ferry. Most of our time we spent either in the apartment or in the nearby Coral Hotel; 47C degrees is unbearable and ‘aircon hopping’ it was. At the Hilton, we met Eric, a Belgian guy working for the Sudanese harbor association. We talked for hours, always great to meet similar souls.

The day of the ferry crossing we went early because we’ve been told that the paperwork would take a long time to process. And oh boy, it did! We arrived at the harbor at 12pm, had all the required stamps and papers at 6pm, should be leaving at 8pm, but sailed out at 10pm…

We were allowed to stay at the reception area as the only ones, so had a proper sleep on one of the couches. Before leaving the boat all passengers were requested to go to the restaurant where they were given a pill. Since we don’t feel like taking something we don’t know what was in it, Don pretended to swallow it and Jenn pretended she was pregnant. Only a small step after faking a marriage certificate to get into Saudi ;-) 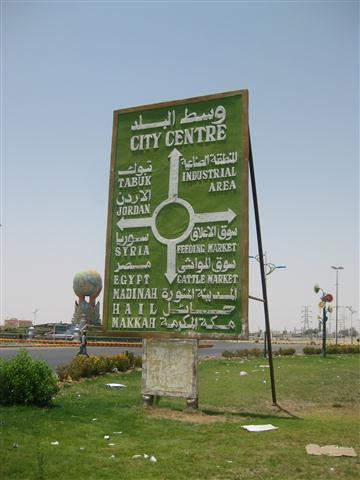 Unloading of all the vehicles took a while and we planned to drive the Landrover out ourselves, but the responsible harbor manager wouldn’t let us. A driver would drive the Landrover to customs and we were (not so kindly) requested to take the bus. Separated from the Landrover and all our belongings we were dropped at immigration and had to find our way back. It took a couple of hours before we were reunited. We had to pay for several fees (insurance, clearance fees etc), but in the hassle we left our ATM-card in the Landrover. They wouldn’t let us see the Landrover before we had paid, but luckily someone was kind enough to borrow us some money).

After a couple of hours the Landy was cleared and we went out for lunch, a beautiful mince meat kebab. We met up with Khalid, a good friend from Omer who we met in Khartoum earlier. Khalid took us for ice cream and after that we went to see a garage, to have them look at our brakes. The same night Khalid took us out for diner, a famous fast-food chicken restaurant. We had to sit at the family section (separate entrance) where families (husband and wives) are allowed to eat together. This is different from the bachelor section where only men eat.

Khalid invited us to his house were we met his father. Using the internet and talking even more, we went to bed late. Day two in Saudi we went North with aircon on full power (how happy we had this fitted in Thailand!) at 9am we already had a stunning 44C! We reached Medina where we had to stay at the outskirts since only Muslims are allowed into the city itself. Because of that we had to take an expensive hotel, but with aircon which isn’t a luxury in those temperatures… 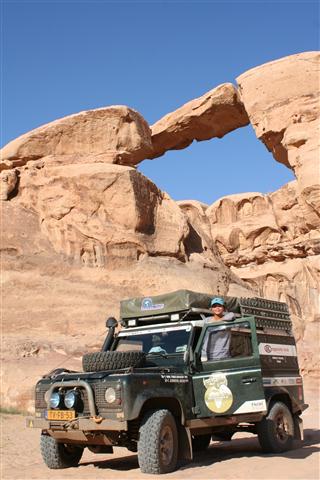 On day three it was a long boring drive for Don, since women are not allowed to drive in Saudi! How ridiculous! We finally reached the border with Jordan at 8pm. (We only had a 3-day transit visa). We filled up our diesel tanks first and bought groceries until we spend every single Rial. Life is not expensive in Saudi, but it is in Jordan! The border crossing went smooth and we reached nice guesthouse 10km South of Aqaba. We did some snorkeling in the Red sea and were surprised by the fast numbers of tourists (and thus the ‘hey mister, wanna buy’ – mentality). Welcome back to the Western world!

We went to Wadi Rum for a nice sunset and bush-camp, went to see the old city Petra in two days and had a float in the Dead Sea before we went to Madaba. We stayed at a lovely little hotel (Queen Ayola) and met up with fellow travelers Iris and Ro (www.impi-adventures.nl), before heading off to Syria.

Next blog will follow soon (we are a bit behind;-)):  Warm welcome to Syria.

“I haven’t been everywhere, but it’s on my list.” — Susan Sontag